Game of Thrones has been off air for almost a year now. With production currently under way, the show isn't set to return until 2019. A producer of the show, Jonathan Quinlan, who has been on the crew for 20 episodes of GoT shared an excellent picture on Instagram. 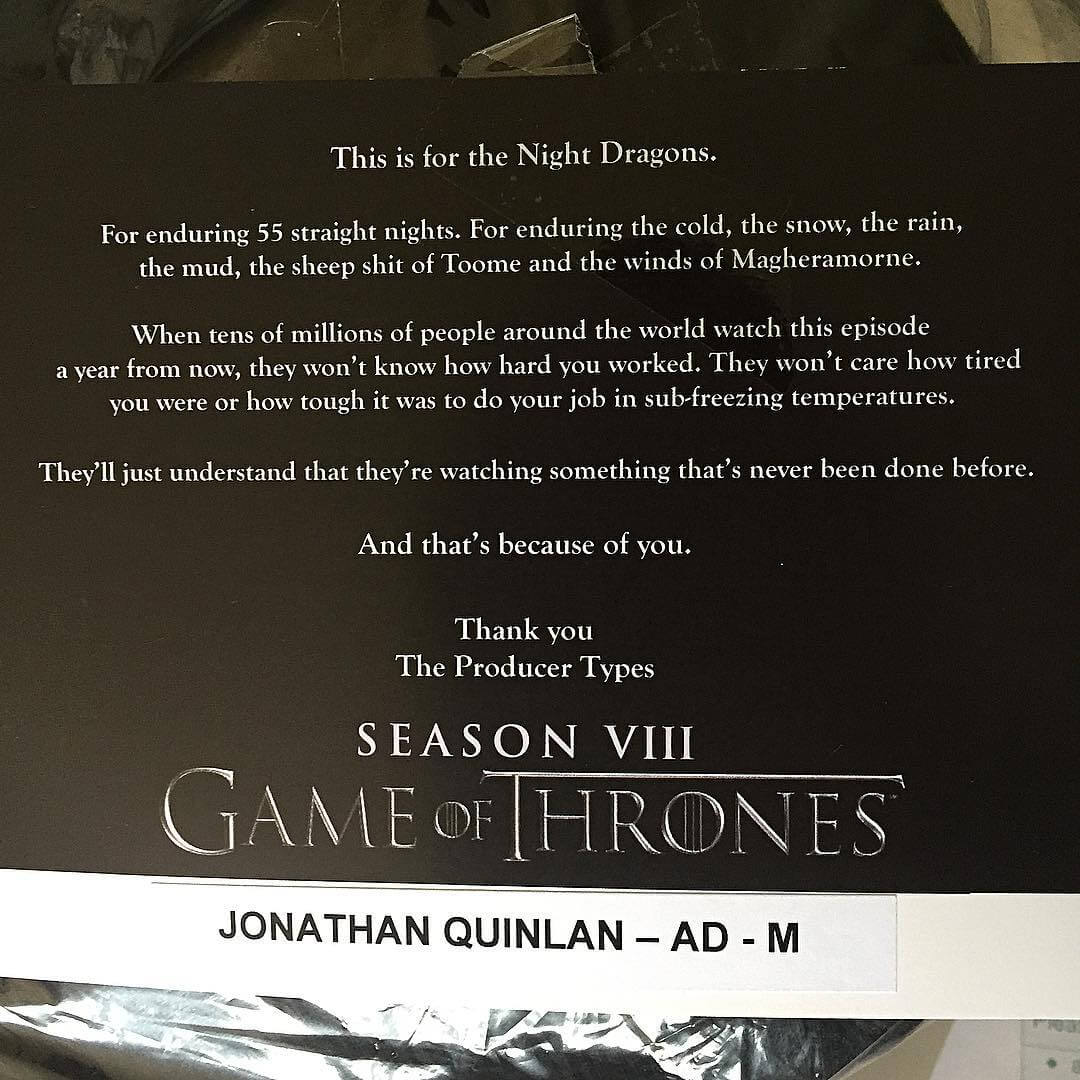 As the picture states, the cast and crew braved 55 days straight of shooting in Ireland. Whatever this battle scene is, it sounds very epic and we definitely cannot wait for this to air.

Knowing that the remaining 6 episodes will have runtimes as similar to feature films, season 8 will be an epic end to Game of Thrones.